My dad used this Crescent Machine Co tool for his business from 1948 until he died 1997. He owned a company called A-1 Wood Carving Specialties Co. in Seattle and for all this time the combo machine and his spindle carving machine were the core tools of his business. He repaired and reproduced Queen Anne style intricately carved furniture. No one else on the west coast could repair this heavily carved furniture so he was in demand all over the western U.S.

Here is the pile of equipment I had when I finally retrieved it from storage after I moved and bought a house in Bellingham. The assembled machine weighs about 4500 pounds. It consists of a 14″ table saw, 26″ band saw, 8″ jointer and a shaper. The tools are all mounted to a cast iron base that itself weighs around 500 pounds. When my dad first got the combo machine, all four of the tools ran at the same time with a large electric motor driving it with a flat belt. He converted it to v-belt drive with individual motors. This makes it a lot easier to use. The Crescent Machine Co built many heavy rugged woodworking machines starting in the 1920’s.

Here is the machine after assembling it and getting it working again. I still have some work to do on the band saw. The machine on the upper right in the photo is my dad’s spindle carving machine. 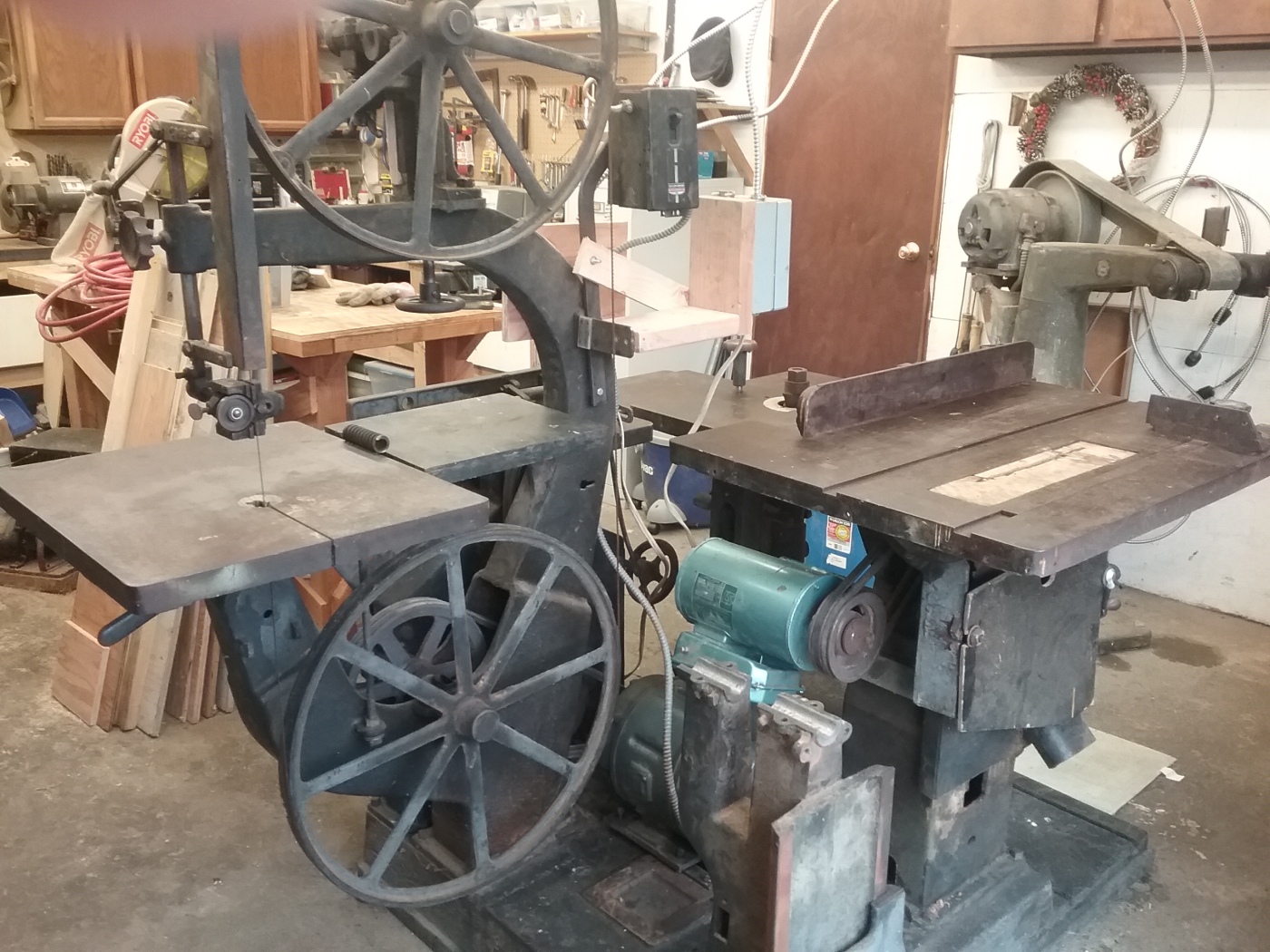 Here’s another photo of the assembled machine.